I've been focusing more on long-form projects like my concordances for Season of the Witch and In The Dust of This Planet, and also catching up on my movie watching lately... hence the paucity of updates at the Daily Dirt Diaspora, Kubrick U, The Mediavore, or anything other than "on this day" segments at the Useless Eater Blog. So I thought I'd throw up some filler content by doing short little bullet reviews of some of the movies that I've seen which I think are worth commenting on, one way or the other. So, in absolute random sequence and in no way related to the order in which I watched them, here are my thoughts on some of the movies, great and small, that I've recently watched! - Jerky 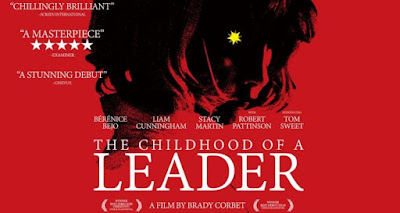 The Childhood of a Leader ~ This is "one of those" movies... the kind that really wowed me, but which I suspect will resonate powerfully with just a few, while the majority fart into their couch cushions and wonder what the hell they just watched. Which is too bad, really, because this is a top-notch thriller with one of the best musical scores of the new millennium, courtesy of Scott Walker, of Walker Brothers fame.

The story is deceptively simple, and rooted in real world history. Following the end of the First World War, an American ambassador, his French speaking wife and their young son are temporarily relocated to Europe to work on the Treaty of Versailles.The film's structure is based on a their son's transgressions, followed by his tantrums at being reprimanded, eventually leading to unexpected aftermath. These transgressions and tantrums become more brutal and disturbing as the film goes on.

If you do start in on this one, please do try to stick with it, because even though it feels as though the film is going to end without revealing anything, there does come a moment of shock revelation as the story veers with self-assurance into speculative fiction territory. One of my favorite films of 2018 so far.
*** 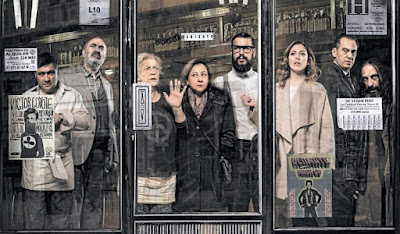 The Bar ~ Spain's most prolific and adventurous genre director Alex de la Iglesia strikes again! Unfortunately, this time, the director of such classics as Perdita Durango, Day of the Beast, Accion Mutante, and The Last Circus doesn't have much to work with. Essentially a knock-off of the instant classic Spanish rage virus film [REC], only set in a small corner bar instead of a large, spooky apartment block The Bar swiftly succumbs to the limitations of its setting, not to mention the irrational and occasionally inexplicable decisions Iglesia is forced to have his characters make, simply to keep the plot moving forward. Despite being a fan of Iglesia's work in general, I'd recommend you give this one a miss. Go watch [REC] again, instead, and follow it up with one of Iglesia's better films (like any of the ones I mentioned above).
*** 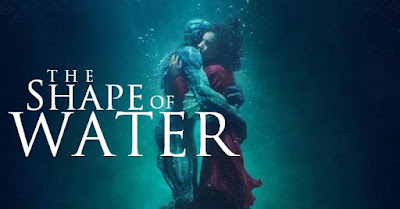 The Shape of Water ~ As much as I love Guillermo Del Toro, and as much as I enjoyed this humanistic ode to the beauty of the broken ones, this lovingly crafted homage to the hypnotizing make-believe of old Hollywood, this exploration of deeply flawed people at an even more flawed time, the best of them trying and occasionally succeeding to make family and happiness where and however they can... I still couldn't help but think Dunkirk got robbed. And I'm not even a Nolan fan! 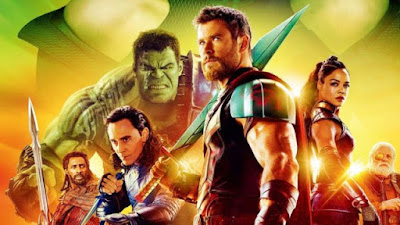 Thor: Ragnarok ~ A big hit with both critics and casual audiences, I have a feeling that time will not be kind to the third entry in Marvel's Thor cinematic saga, if only because of the decision to turn what should have been a somber, emotionally devastating event -- Ragnarok, the total destruction of Thor's homeworld of Asgard, including the grizzly deaths of numerous beloved friends and fellow warriors -- into a series of sight gags and mediocre jokes.

The formerly noble citizens of Asgard are here reduced to homely, obese, whiny, simple-minded, helpless fools who are in constant need of saving. Contrast this to the unironic celebration of "hotep" wish fulfillment tropes that Wakanda and its citizens embodied only a few months later in Black Panther, and it's not difficult to see how some alt-right bozos might have gotten the impression that there's something more than coincidence behind the joke-ification of Norse mythology, gussied up in Jack Kirby-esque comic book science-fiction flare though it may be, in Ragnarok.

Is it fun? Sure. Director Taika Waititi, who helmed the awesome vampire comedy What We Do In The Shadows, does a more than decent job of crafting a cohesive narrative out of the disparate elements he's been given to play with. It was great seeing The Hulk, who's mostly been wasted since the first Avengers flick. And Jeff Goldblum being Jeff Goldblum is always a treat. But I can't help but wonder what could have been. 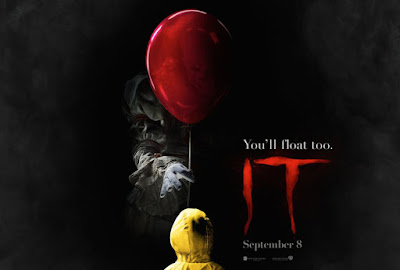 IT ~ Written at the height of horror-meister Stephen King's cocaine habit, the novel IT is mostly remembered for its length, the TV miniseries it spawned (featuring Tim Curry), and one of the most inappropriate endings in contemporary popular literature (a 13-year-old girl pulling a train of 'tweens in a sewer?!). Now that the first part of the cinematic version of IT has turned out to be a surprise late summer blockbuster in 2017 -- and that was without the benefit of Tim Curry's memorable turn as Pennywise the Clown -- maybe it will be remembered for something more. With the arrival of Part 2 next year, we'll know more.

To be honest, I don't really have much to say about this particular flick. I enjoyed it, for whatever that's worth, but it was mostly empty movie calories. The jump scares jumped, the rush scares rushed, there were a few genuinely freaky moments, but it was ultimately all so cliche'd and bound up in shopworn horror tropes that it's hard to get too enthused over the end results. It would probably be a really great movie to play in the background during a Halloween party, though, I'll give it that much. 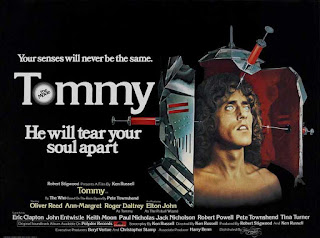 Tommy ~ If you haven't seen Tommy yet, then what the Hell are you waiting for?! Get out there, find a copy and watch the damn thing! it's a goddamn rock opera masterpiece, with one of the most compelling plot lines in the history of prog! The music is great, the guest spots are great, the imagery is great (thanks Ken Russell!), Roger Daltry's performance is great, as are those of Ann Margaret and Oliver Reed... For a long time, this movie suffered a lot of hate, but NO MORE! Let its myriad charms wash over you and know the feeling of liberation that comes with playing pinball when you're deaf, dumb and blind! 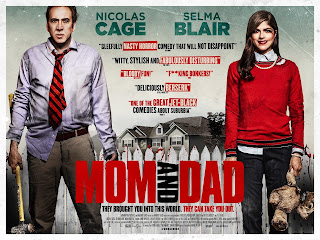 Mom and Dad ~ Selma Blair and Nick Cage star as a typical, upwardly mobile middle class mom and dad with two kids and an Asian housekeeper. One day, the whole town is inundated with a signal that makes parents fall prey to an overwhelming rage and a need to destroy their own children (and ONLY their own children... other people's kids, they couldn't care less). Works both as gripping horror / black comedy AND as a bracing satire of the increasingly unbridgeable generational divide. Cage and Blair are both superlative, giving it their all for every second they're on the screen. A future classic. But, yeah, trigger warnings galore.
Posted by Jerky LeBoeuf at 10:20 PM