PLANET OF THE HUMANS ~ A REBUTTAL 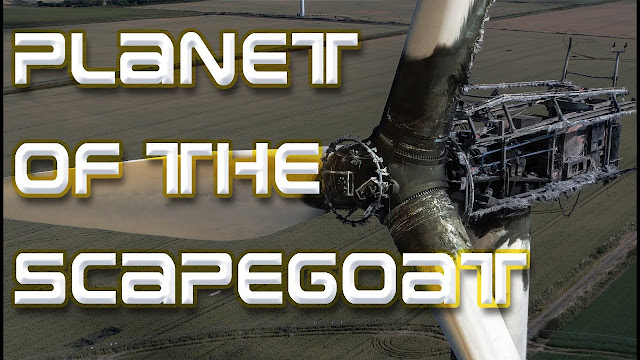 Turns out the Michael Moore-produced documentary Planet of the Humans is deeply, seriously flawed... almost to the point where one wonders if the filmmakers involved were behaving in good or bad faith.

Seeing as, looking a couple blog posts down, you can see that I was originally pretty gung-ho about the flick--and there's no denying its effectiveness as polemic, particularly with people who, like me, aren't well versed in all the latest matters ecological--I figured I owed it anyone who might have watched it on my suggestion to post a level-headed, fact-based, good faith rebuttal.

Here's another one, that gets even deeper into the technological and scientific issues:

By the way, while researching a number of rebuttal articles and videos, I also went back and re-watched Planet of the Humans, and I have to say, the second time around, I caught what felt to me like a number of anti-human, even eliminationist rhetorical tropes sneaking into the text, almost as if the filmmakers were angry at anyone working towards making less damaging forms of energy available to the masses because it pushes their preferred (but of course only implied) solution to the problem--an enforced end to global consumer culture, perhaps followed by some kind of mass, rapid depopulation effort--farther down the field. After all, the film begins with the following question:

No direct answer is ever given. After viewing the film in toto, however, the implications are obvious.
Posted by Jerky LeBoeuf at 8:52 AM 1 comment: