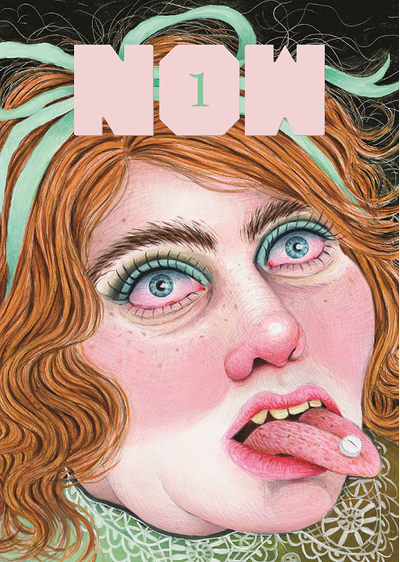 Fantagraphics has debuted NOW, their new comics anthology in which they showcase new work for mature audiences from their broad stable of established and up-and-coming artists... and it's a triumph. From the explosive cover art by Rebecca Morgan, to the innovative formatting (the table of contents is on the back cover?!), NOW feels fresh and essential in a way that I haven't experienced since... damn. I might have to go all the way back to my late-70's love affair with Heavy Metal to find a magazine I've been this excited about.

Here's how the product is described over at the Fantagraphics website:

We live in a golden age of quality comic art and stories. Graphic novels have never been more popular. But where to start? Now aspires to be an affordable and ongoing anthology of new comics that appeals both to the comics-curious as well as the serious aficionado. In the age of long form graphic novels, Now also intends to provide a platform for short fiction, experimentation, and for showcasing diversity in the comics field. The only common denominator to each piece is an exemplary use of the comics form.

Fantagraphics is proud to launch this showcase of all-new short comics fiction with a lineup of established and up-and-coming talent from around the globe. The first issue includes new work from acclaimed creators such as Eleanor Davis (How To Be Happy), Noah Van Sciver (Fante Bukowski), Gabrielle Bell (Lucky), Dash Shaw (Cosplayers), Sammy Harkham (Crickets), and Malachi Ward (Ancestor), as well as international stars such as J.C. Menu, Conxita Herrerro, Tobias Schalken, and Antoine Cossé. Plus strips from rising stars Tommi Parrish, Sara Corbett, Daria Tessler, and newcomer Kaela Graham, as well as a gorgeous painted cover by artist Rebecca Morgan. With a frequency of three times a year, Now is the brainchild of Fantagraphics Associate Publisher Eric Reynolds, who previously edited 22 volumes of the fondly remembered anthology Momefrom 2005-2011.

Posted by Jerky LeBoeuf at 1:34 AM No comments:

Posted by Jerky LeBoeuf at 1:01 AM No comments:

Email ThisBlogThis!Share to TwitterShare to FacebookShare to Pinterest
Labels: MST3K

THE MOST INTENSE MUSIC EVER CREATED? YOU BE THE JUDGE!


I don't know if it's the MOST intense, but it sure is intense, and as a fan of progressive rock and jazz fusion, I have to say, this definitely makes me interested in digging up more material from the Mahavishnu Orchestra, a band I've long known about and have often had recommended to me based on my tastes.

Posted by Jerky LeBoeuf at 4:49 PM No comments: 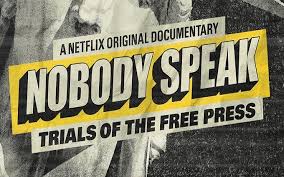 NOBODY SPEAK ~ Brian Knappenberger's documentary will prove a chilling corrective to anyone who thinks the lawsuit that destroyed Gawker had anything to do with them providing a showcase for Hulk Hogan's sex tape (something they barely even did, as they only ran brief excerpts). The real story here is that quasi-fascist Silicon Valley billionaire vampire Peter Thiel (easily one of the worst people in the world today) used the trial as a stalking horse via which he was able to deal a lethal blow to a journalistic outlet that he despised for having previously published stories that pissed him off, that pesky first amendment be damned. 11/8/16 ~ A mesmerizing, meditative, wide angle exploration of election day, USA, 2016. Eighteen directors from coast to coast follow a vast array of citizens, families, organizers and volunteers of every political stripe as the contest evolves from a relatively boring foregone conclusion to a cause for shocked panic and genuine distress in some quarters, while others are overcome with joy at having apparently beaten impossible odds. There is no voice-over narration to guide your thoughts as you follow the film's subjects from home to work to the voting booth to back home again, which makes it a Rorschach test of sorts. How you react to this film will definitely depend on your politics. To me, and I suspect a great many of you, 11/8/16 comes close to being a horror film. 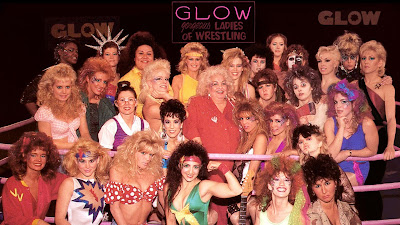 GLOW: THE STORY OF THE GORGEOUS LADIES OF WRESTLING ~ You've seen the entertaining, highly fictionalized version of the story of the first all female professional wrestling league, now find out the inspiring true story behind it all! Seriously though, if you enjoyed GLOW as much as I did, I think you'll get a lot out of this doc. It's fun and moving and more than a little bit inspiring.

BEST OF ENEMIES ~ Speaking of cat-fights, it's unfortunate that the makers of Best of Enemies--a documentary about the long-running feud between arch-liberal Gore Vidal and ultra-conservative William F. Buckley--chose to focus on the tawdry and salacious particulars of the enmity between these two men, rather than using them as examples to help illuminate one of the 20th century's most important and still-raging philosophical struggles. For those interested, Michael Lind's review is essential reading. 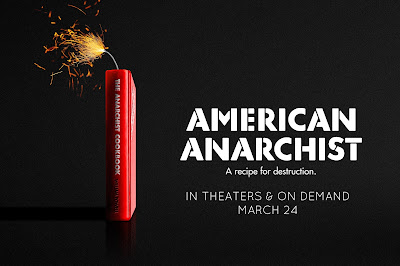 AMERICAN ANARCHIST ~ As a history lesson in how The Anarchist's Cookbook, a poorly written collection of dubious and dangerous recipes for poisons and explosives, became a perennial international publishing phenomenon that's been found at or near pretty much every single significant act of terrorism in the last five decades, Charlie Siskel's American Anarchist is a worthy documentary. As a character study of the book's author, William Powell, it is frustrating and unsatisfying. But perhaps that couldn't be helped, because despite his occasional declarations about how the book haunts him, Powell seems to have given precious little thought to the consequences of producing his book, and is singularly uninformed about its ubiquity among those who have engaged in atrocities. This flaw is magnified by the fact that all of Powell's comments come from a single interview. Perhaps a follow-up meeting would have helped clear a few things up?
Posted by Jerky LeBoeuf at 1:18 AM No comments: 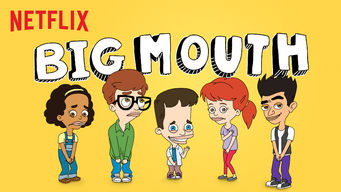 I first heard about Big Mouth, Netflix’ latest animated comedy series, while patrolling an ideologically diseased sector of the Internet where I was gathering material for a project that I’ve been working on for a while now. It was at one of the Chan boards, where some concerned patriots were trying to figure out how best to deal with the immanent release of a sinister new cartoon show that they described as being an obvious example of how Far Left Jews and their Illuminati Satanist partners were using their strangle-hold on the entertainment industry to “normalize” pedophilia, because Cultural Marxism.

It turns out that series was Big Mouth, and after watching all ten episodes in a single binge, I am pleased to report that it is nothing less than a triumph, and that only the most religiously indoctrinated, sexually dysfunctional, and/or psychologically damaged among us will be able to find anything objectionable about it. There’s nothing more explicit here than what can be found in old classroom sex-education videos. The target audience is clearly older teens and young adults, and the vast majority of viewers will be too distracted roaring in laughter as they re-live their own junior high experiences to fret over the fact that they’re being shown a (cartoon) 13-year-old (cartoon) girl’s (cartoon) talking vagina. 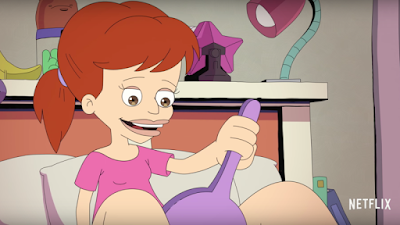 Okay, so let’s get a few nit-picks out of the way. Big Mouth starts out slow, with the first episode being one of the series’ weakest entries. Fortunately, everything lines up nicely by the second episode, after which there’s a good stretch without a single stinker in the bunch.

Visually, Big Mouth fits snugly in the Family Guy, American Family tradition. In other words, it’s on the decent side of adequate, but it’s no masterpiece. I do find it somewhat ironic, however, that many of the same folks who accuse the show of trying to make kids seem sexy also accuse the character design as being “really fucking ugly”.

There are two areas where Big Mouth truly shines.

First, the writing. The jokes come at you thick and fast, and they have an enviable hit/miss ratio. With few exceptions, the fourth wall breaks and fantasy sequences feel earned and organic, especially when compared to those found in the aforementioned Family Guy.

Second, the performances. Having already explored the comedic potential of late middle-age with their phenomenally popular Broadway smash (and subsequent Netflix special) Oh, Hello!, the dynamic duo of series co-creator/co-writer Nick Kroll and John Mulaney portray best buddies Nick and Andrew, two junior high kids in the clutches of pubertal chaos, each in their own special way. For Andrew, the struggle is all too primal, as evinced by his near constant state of sexual arousal. Nick, on the other hand, is navigating the tricky waters of being a late bloomer surrounded by peers who are for all intents and purposes exploding into adulthood, with occasionally bloody consequences.

While Nick and Andrew provide the series with a focal point, Big Mouth is very much an ensemble showcase. The voice actors portraying the circle of friends are uniformly excellent, with Jenny Slate’s precocious nerd Missy being a particularly endearing stand-out. Series co-creator/co-writer Jessi Klein’s Jessi is meant to be the character that female viewers identify with, so she’s a bit of a cypher, but it works in context, and she makes the most of her many chances to shine. Jason Mantzoukas’ wannabe magician Jay rounds out the main gang, and is a fine example of the self-aware fifth wheel.

The rest of the Big Mouth universe is populated by three specific types of character.

First, there are the other kids, like the catty gay stereotype Matthew, the young interracial couple who go by the joint name “the Devins”, and Jay’s terrifying older brothers.

Next, we have the adults, who range from the incompetent (and incontinent) Coach Steve, to Andrew’s fraught father and anxiety-ridden mother, to Nick’s exaggeratedly enlightened, loving and supportive parents.

Finally, we come to the supernatural characters. For instance, Andrew is being stalked by the Hormone Monster, here rendered as a shaggy, degenerate Pan figure on a quest to get Andrew to spend every waking moment masturbating. Jessi, meanwhile, is visited by the Hormone Monstress, beautifully voiced by Maya Rudolph. In fact, Rudolph and the writers make the Monstress so distinct from her male counterpart, you’d think they could have come up with a better name. And finally, seeing as he has yet to reach puberty, Nick’s otherworldly connection comes in the form of the ghost of Duke Ellington, who haunts the attic of his house. It’s a silly contrivance, but it’s an excuse to have Jordan Peele on the cast, so I’m not complaining.

Ultimately, Big Mouth pulls off a pretty impressive high-wire act, embodying multiple paradoxes at once. It is simultaneously edgy yet empathetic, graphic yet gentle, surreal yet truthful, hilarious yet educational, vulgar yet sweet... all in all, it is perfectly imperfect, and thus so very human... despite being a cartoon. If you have teenagers, you might want to consider torturing them by forcing them to watch it with you. Be sure to pepper them with questions for the duration!

Oh, I almost forgot... if you're considering watching the show but you're on the brink, and still need just one more reason to push you into checking it out... the theme song is the recently deceased Charles Bradley’s heavy soul version of Black Sabbath’s mournful ballad “Changes”, and it is a revelation.
Posted by Jerky LeBoeuf at 9:55 PM No comments: