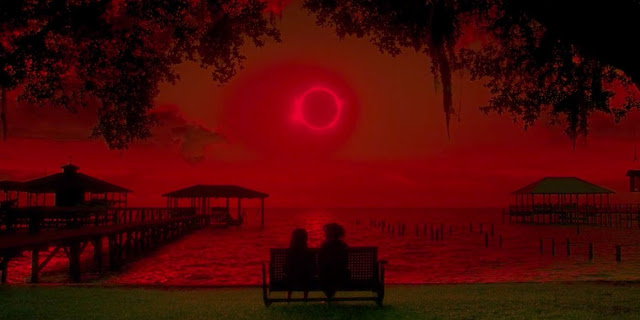 GERALD'S GAME (Netflix) - I went through an incredibly passionate Stephen King phase during adolescence, during which time I read every single thing he ever wrote. Good Lord, could that man throw a scare into me. There are images and moments in Salem's Lot, The Shining, and Pet Sematary that still give me goosebumps, and I'll argue for The Dead Zone's status as a Great American Novel to this day.

Sometime during my first year of university, however, I read The Dark Half, then Four Past Midnight, and both left me cold, at which point I gave up on King... as a writer of fiction, at least. This means I never got around to reading Gerald's Game, which if I recall correctly came out in a year when something like six or seven other Stephen King novels were published, and the man's legendary literary fecundity went from being a wonder to being a bit of a running joke.


Watching shit-hot indie horror specialist Mike Flanagan's stylish, assured version of Gerald's Game, I was reminded of what I loved so much about reading King's novels as a teen: His knack for telling stories that make you greedy to read more, his uncanny ability to develop extraordinary horror out of ordinary, everyday life circumstances, and his ability to create solid, believable characters via grace notes that say so much with so little... which, I realize, is ironic when discussing a writer who is often justly accused of logorrhea.

These little bullet reviews of mine are not meant to serve as film analysis or serious criticism. If and when I do start publishing more serious criticism on this particular blog... trust me, you'll recognize it. Mostly though, considering how many people read this blog (a couple dozen people a day at most), these reviews mostly serve as a way to remind myself of which movies I've seen, and whether or not I liked them. And, to my few readers, to maybe give an indication as to why I did or didn't like a movie, so that they can guess as to whether or not they might like it.

So, bottom line, I liked Gerald's Game. I liked it a lot. In fact, it instantly enters the ranks of my favorite Stephen King adaptations ever, putting it up there with Cronenberg's The Dead Zone, Reiner's Misery, Darabont's The Mist, and DePalma's Carrie. The acting is great. Carla Gugino and Bruce Greenwood are both, as usual, amazing. It spooked me. It impressed me with its visuals. It made me squirm in empathetic agony. It made me deeply uncomfortable. Even with its somewhat clumsy and tacked on coda, and despite its occasionally cavalier approach to incredibly touchy subject matter, this is a B movie that earns an A+ from me. 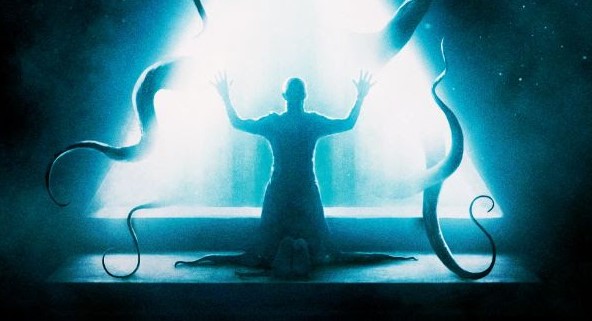 THE VOID ~ This... this is a tough one. As a lifelong horror fan, I'm generally predisposed to liking (and rooting for) films like The Void. It's a low budget affair, everyone involved is clearly game, the story contains some original ideas and a shit-ton of homages to (rip-offs of?) past movie favorites both well known and obscure, and it features some truly arresting visuals and occasionally impressive practical (i.e. non-CGI) special effects.

It's also a freaking mess, with an impossible to follow plot, way too many convenient coincidences, occasionally painful performances and dialogue, no likable characters worth rooting for, the occasional SFX fail that takes you right out of the action, and a first act jam-packed with some of my most hated cliche's and unforgivable genre movie sins.


Weird thing is, the deeper I got into this movie and the less sense it was making in terms of traditional plot and storytelling... the more I found myself willing to forgive its sins. Because, for some bizarre reason, once the filmmakers decide to give up on the "siege movie" motif of the first two acts -- it's pretty obvious they never really had their hearts in it -- and just let their freak flags fly with the surrealistic Lovecraftian nightmare of the extended third act... I gave up trying to make sense of the plot, or keep track of the characters and their motivations, and just let the movie wash over me in all its trippy, disgusting glory.

And you know something? If you'd asked me halfway through the movie how I felt about it, I would have expressed my extreme displeasure at having been taken in by the slick "80's retro" vibe of the music and the advertising and the Stranger Things font used in all the promo material, causing me to waste my time with such a greasy slice of cinematic sleaze. But when the end credits started to roll, I couldn't say that I was disappointed by it.

None of it makes a lick of sense, and I can't in good conscience recommend this to any cohort other than rabid horror movie fanatics, H.P. Lovecraft aficionados, fans of practical special effects, and lovers of Italian gore-meister Lucio Fulci's somber late period films (The Beyond, for instance, which might be one of The Void's least obvious but most direct inspirations). However, if you don't mind when there's way more rough than diamond in your diamonds-in-the-rough, and you're okay with a movie where the whole is lesser than the sum of its best parts... then maybe give The Void a try.

You know what? Come to think of it, The Void might make for the perfect Halloween party background movie. Even if you pay attention, you won't really understand it any more than the people who don't, the first half is mostly silly and easy to ignore, and the all the best parts don't require that you understand what's going on in order to be fully enjoyed!

So, bottom line, The Void is a bad movie. But I really liked almost as many things as I really hated about it. Your mileage may vary, but I'd really love to know what other people think about this one. If you want, include your own bullet reviews in the comments section, below.
Posted by Jerky LeBoeuf at 9:54 PM