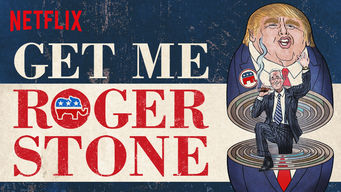 GET ME ROGER STONE ~ Daniel DiMauro, Dylan Bank, and Morgan Pehme are the three people responsible for bringing us this landmark political documentary, perhaps the best of the genre since 2003's The Fog of War by Errol Morris.

To mark their film's debut, they penned an op-ed about it for The Daily Beast: "Over the course of the five-and-a-half years that we followed him for our new Netflix documentary Get Me Roger Stone, Roger Stone went from being a down-and-out, has-been political dirty trickster to the individual most responsible for making Donald Trump the president of the United States."

If you're even minimally invested in the ongoing soap opera of the Trump Era in American politics, Roger Stone's personal arc as presented in this film is something you will feel in your bones, like pulling heavy G's. Early on, Jeffrey Toobin calls Stone "the sinister Forest Gump of American politics", a spiffy bon mot that hovers over a stark, dark truth that grows all the more terrifying and inescapable the longer you continue to ignore Nietzsche's warning and gaze upon it.

Anyone hoping to understand what the hell is going on these days needs to make this documentary part of their personal political education program. Watch ASAP and help spread the word. 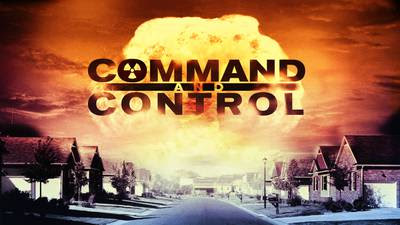 COMMAND AND CONTROL ~ Part of the PBS "American Experience" series, Robert Kenner's Command and Control tells the long-suppressed story about how a minor screw-up, followed by a number of bad decisions, eventually escalated into a deadly explosive outcome at a Titan II missile complex in Damascus, Arkansas, 36 years ago.

Combining harrowing historical footage, interviews with those involved, and exacting re-creations shot at a decommissioned Titan II silo, Command and Control is as gripping, suspenseful, and compelling as the best that Hollywood has to offer.  To call it entertaining would be crass, but denying the effect this film has on viewers would be foolish. It's a documentary, yes, but it's also a thriller.

Fortunately, Command and Control informs as it thrills. Alongside its detailed journalistic exposé of the Damascus disaster, the filmmakers also treat us to a compact history of America’s nuclear weapons programs, buttressed with information from a number of recently declassified documents.

Some of you will be pleased (and others, nonplussed) to learn that Command and Control steers clear of too much philosophical chin-stroking on the awesome subject of nuclear armaments and/or nulcear warfare in general. Suffice it to say that the facts in this case speak volumes on their own, for those inclined to hear.

This is another one to see ASAP and to help spread the word about. Tell your friends and family to watch! 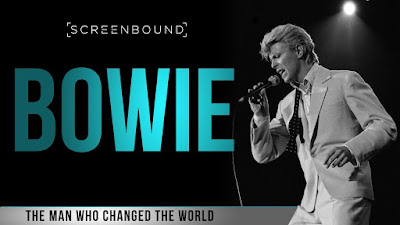 BOWIE: THE MAN WHO CHANGED THE WORLD ~ This film is lazy documentary wheel-spinning at its absolute worst. There is nothing new here, and it doesn't even do a good job of regurgitating what we already know. It's the same old anecdotes (his eyes!) told by the same old talking heads (whispering Bob!). Pounding the last nail in this doc's coffin is the fact that the filmmakers' were unable to secure the rights to even the briefest bits of Bowie's music, which means we're often treated to the bizarre spectacle of Bowie silently mouthing the words to his songs, while generic instrumental "soundalike" tracks play along. One of these days, we'll get a truly great David Bowie documentary. This one, however, is to be avoided at all costs. 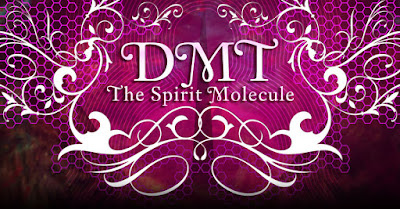 DMT: THE SPIRIT MOLECULE ~ This 2010 film is the documentary version of Dr. Rick Strassman's earlier book of the same name. Both explore the findings from Strassman's five-year study into the amazing, and occasionally spooky, effects of the naturally occurring psychedelic hormone N,N-Dimethyltryptamine, more popularly know as DMT.

Like the book, Strassman's film isn't for all tastes. For instance, while you don't need an undergraduate degree in organic chemistry to "get it", at some points a solid grounding in basic chemistry will make the difference between being able to follow along, or having the voices blur into the "WONKAWONKA" of Charlie Brown's teachers from those old TV specials.

Though there is a great effort put forth by the filmmakers to present the nitty-gritty granularity of the science behind the DMT experience, the heart of the film is most definitely the "experience reports" provided by those volunteers who took the heroic doses, traveled to the Other Side, and came back to tell us about it.

Depending on your previous levels of exposure to psychedelics, and to the lingo of the psychedelic experience, your mileage may vary. Personally, I found this doc to be incredibly fascinating and deeply satisfying. The first-hand reports are compelling, to say the least, and they have the ring of truth to them... even, and maybe especially, when they dip into those spookier realms. Because when scientists are forced to ask themselves whether or not they're accessing something akin to another "place" beyond four dimensional time/space... and furthermore, to wonder whether that "place" may be populated by conscious entities with a kind of existence that is so unlike our own as to make them invisible to us during our normal waking lives... Well, that's my sweet-spot, right there.

If the sentence previous to this one appeals to you, watch this movie. If not, don't. 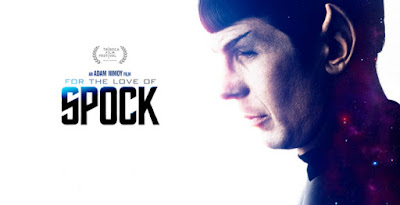 FOR THE LOVE OF SPOCK ~ This documentary by Adam Nimoy--son of Leonard Nimoy, the actor who embodied the character of Mr. Spock for over half a century--is both a son's loving tribute
to a father, and an in-depth exploration of a bona fide pop culture phenomenon.

To put it bluntly, For the Love of Spock is everything that David Bowie: The Man Who Changed the World is not.

To start with, it's chock-a-block with novelty and revelation. If you weren't a full-blown Trekker/Trekkie prior to watching this film--the kind who reads all the actor biographies and autobiographies as they come out--you are pretty much guaranteed to learn a LOT of things you never knew about Leonard Nimoy before. Some of it good, some of it bad, most of it interesting... MOST of it.

Ultimately, Adam has provided us with a fine, complex portrait of his father, a man whom people the world over recognize at a glance, but without ever giving a thought to the hidden depths contained within the man beneath those infamous pointy ears. Now, they'll know. He should be proud.

Oh, and Zachary Quinto seems like a really nice guy. Recommended for a lazy Sunday afternoon watch with the whole family!
Posted by Jerky LeBoeuf at 11:36 PM